In the past few years, point cloud evaluation and measurement software has also been developed rapidly: from single image data into point cloud data, measurement of point cloud data, counting and point cloud matching. As most players in the image processing industry know, there are several different ways to obtain 3D images. The so-called 3D sensor is actually a sensor that can simultaneously measure in two directions at the same time. The obtained data can be converted into three-dimensional coordinates after computer processing. 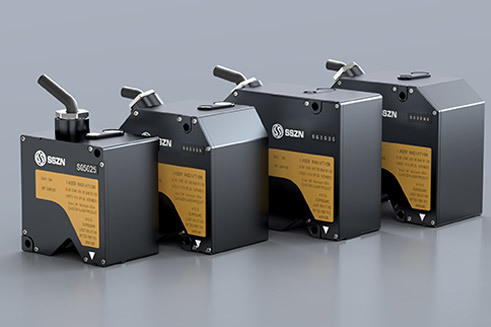 Traditional laser triangulation, this method can be used in verticals such as wood, rubber and tires, as well as in the measurement of automobiles and axles, the metal and cast iron industry or other applications such as the measurement of road surfaces. For laser triangulation, the camera needs to be precisely calibrated on structured light sources such as laser line projections to ensure high sampling rates above 1 kHz even at high ambient temperatures. Usually the test object moves under the 3D sensor to capture the 3D point cloud. This means that the camera will detect the laser line projected on the object and calculate height information from the laser line profile. As objects are moved under the camera, multiple profiles are created that are used to complete the 3D image. A typical setup consists of a laser positioned directly between the test object and a camera mounted at a 30° angle to the laser. But other angular combinations of laser and camera are also possible.